You are here: Home1 / About us2 / References3 / Structural steel for Rosenstein tunnel
1

From 2021, traffic is to roll through the last section to disentangle the traffic flows between the LEUZE Mineralbad and Pragsattel junctions. In two tubes, the Stuttgart B10 Rosenstein Tunnel will in future pass under Wilhelma and Rosensteinpark.

The removal of traffic lanes and the creation of additional green spaces will significantly relieve the burden on residents along Pragstrasse and Neckartalstrasse. SÜLZLE Stahlpartner Denkendorf supplied around 6,000 tons of reinforcing steel, 150 tons of bearing mats, 200 tons of list mats and 20,000 bolted joints for portals, tunnel sections and operating buildings. For the tunnel project, which has been managed by Wolff & Müller Ingenieurbau GmbH since work began in 2014, many complex bending forms had to be created. A task that the SÜLZLE Stahlpartner branch from Denkendorf mastered with its usual bravura.

Facts and figures about the project:

Location of the reference project “Rosensteintunnel”

B10 und B14
Connection at the Leuze 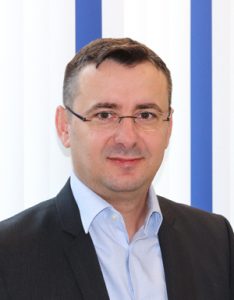 Further information on the products and services at the Denkendorf site can be found on the branch page: